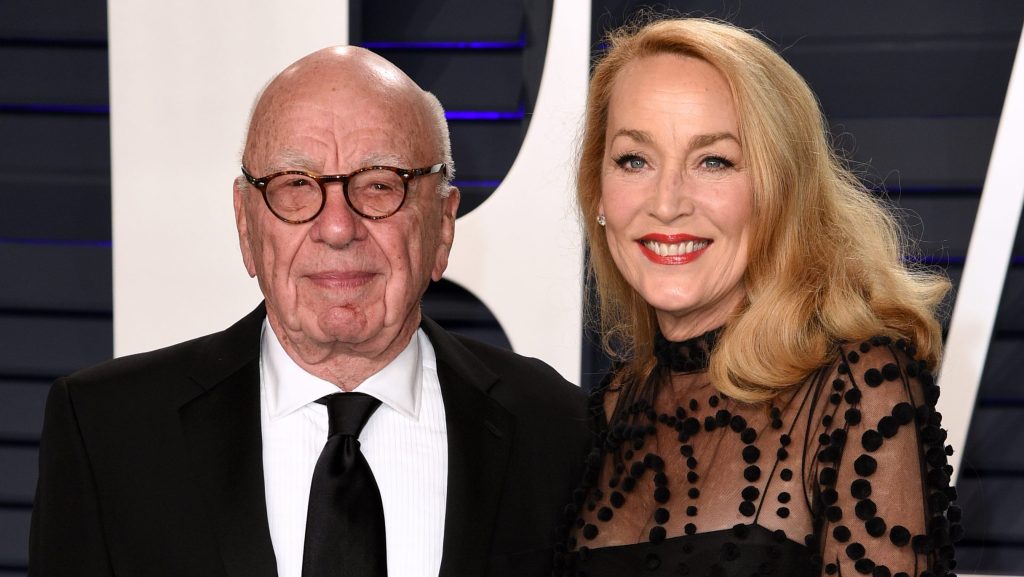 Rupert Murdoch and Jerry Hall, his fourth wife, are said to be divorcing, according to a report in the New York Times citing two people familiar with the situation.

Bryce Tom, a spokesperson for Murdoch, declined to comment.

The couple married in London in 2016. Media mogul divorces raise the question of potential impact on assets, in this case News Corp. and Fox Corp., bit it seems unlikely this split would alter the ownership structure of either The Murdoch family trust holds each company, with Rupert splitting voting rights with his four oldest children — Lachlan, Elisabeth, James and Prudence — but maintaining control.

Hall, 65, was previously married to Mick Jagger. She was a well known fashion model in the 1970s and 80s. Rupert, 91, has tied the knot with Patricia Booker (mother of Prudence); Anna Torv (mother to Lachlan, Elisabeth and James) and Wendi Deng, with whom he has two daughters, Chloe and Grace. The trust also holds the family’s significant stake in Disney — acquired from selling the Mouse most of the assets of 21st Century Fox in 2019.